National Assembly of the Republic of Serbia adopted the Act on changes and amendments to the Act on tax procedure and tax administration (hereinafter: the Act) on November 26th, 2020.  Mentioned Act entered into force on December 5th, 2020, but application of certain provisions of the Act is postponed, which will be elaborated further in the text.

The main changes which the new Acts introduces are:

Hereinafter we will analyze the stated changes of the Act and the way in which they will affect companies.

Review of the most important changes and amendments to the Act.

Changes to the Act give more precise regulation on the way in which taxpayers, by electronic means of communication, submit certain requests to the Tax authority.

Starting from January 1st, 2021 the request for refund of more paid or wrongfully paid taxes, request for tax credit as well as request for postponing due date for payment of taxes can be submitted to Tax authorities via recommended mail, but also via electronic portal of Tax authorities. Such change in the Act made it clear that it is no longer possible to submit abovementioned requests via email.

For the purpose of adjusting of taxpayers to such a change, lawmaker predicted postponed application of this provision, so its application will start on January 1st, 2021.

Also, changes in regulation prescribed the possibility that tax decision can be delivered in electronic form to an individual that submits requests/tax applications via Tax administration portal, in which case additional consent of the taxpayer for such delivery is not needed. If an individual submits request/tax application in paper form, decision of the Tax administration can be delivered electronically only in the case that the individual agreed with this manner of delivery.

The amendments to the Act relating to the submission of requests through the portal of the Tax administration shall apply from January 1st, 2021.

Changes and amendments to the Act introduced a more precise definition of exemptions from the restriction to grant taxpayers TIN. Newly introduced Act prescribes that the Tax Authority shall grant TIN to taxpayers:

Those changes have been made since in the previous period Tax Authority have wrongly interpreted provisions of the Act and often canceled TIN to companies and entrepreneurs whose founder was the same person as founder of a company over which bankruptcy procedure was completed. By these changes, the lawmaker explicitly prescribed that the TIN shall be granted to companies who have the same founder as companies with unsettled obligations regarding public income that ceased to exist after bankruptcy procedure was completed.

Also, the lawmaker prescribed that after the Act enters into force, the Tax Authority shall, upon request, return TIN to companies from whom it was temporarily taken away in accordance with changes to the Act. Of course, to exercise this right, taxpayers must fulfill conditions prescribed by the new Act.

Changes and amendments to the Act relating to this issue are to be applied starting from December 5th, 2020.

3) Payment of taxes in kind.

By changes and amendments to the Act, the lawmaker allowed the possibility and prescribed conditions under which taxpayer can settle its tax obligation in kind, instead by monetary payment.

As an exception from the general rule, it the taxpayer can settle its tax obligation in kind, instead in monetary payment in cases when tax obligation is higher that RSD 50.000.000,00, in a manner and under conditions that the Government shall additionally prescribe, but only in the cases when there is an interest of the Republic to gain certain property.

Changes and amendments to the Act regarding this possibility are to be applied starting from December 5th, 2020.

Changes and amendments to the Act, besides legal entities, and individuals, introduced as a taxpayer investment funds without the status of a legal entity.

For the purpose of identifying funds as a taxpayer, the Tax Authority shall, acting upon registration application submitted by funds, assign every fund with a TIN. Deadline for submitting application is 5 days since the day of inscribing the fund in a competent register, and obligation to submit the application is given to the company that manages the fund.

Tax obligations of the fund shall, in his name and on his behalf, be settled by a company managing the fund from the fund’s assets.

Also, tax obligations arising due to dissolution of fund, i.e., its cessation, are to be fulfilled by the management company.

Changes and amendments to the Act regarding investment funds start its application on December 5th, 2020.

Changes and amendments to the Act introduced a new criminal offense regarding taxes instead of until now existing criminal offense called Unfounded statement of the amount for tax refund and tax credit.

Also, changes to the Act prescribed new (higher) threshold, i.e., the amount that the taxpayer must gain (or avoid, depending on the type of the criminal act) to be punished for heavier forms of tax evasion regarding VAT.

Changes and amendments to the Act relating to this new criminal offense are to be applied starting from December 5th, 2020.

Found this usefull and want to hear more from us? 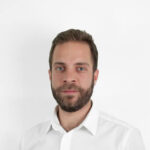 We use necessary cookies on our website to give you the most relevant experience. More about them, as well as about the way to disable them you can find in our Privacy policy.
Podešavanje kolačićaACCEPT
Manage consent

This website uses cookies to improve your experience while you navigate through the website. Out of these, the cookies that are categorized as necessary are stored on your browser as they are essential for the working of basic functionalities of the website. We also use third-party cookies that help us analyze and understand how you use this website. These cookies will be stored in your browser only with your consent. You also have the option to opt-out of these cookies. But opting out of some of these cookies may affect your browsing experience.
SAVE & ACCEPT
Powered by